At a time of heightened conflict between Russia and the West, one small country stands to lose everything.

Waiting for Invasion, Rogan Productions’ latest documentary, couldn’t be any timelier: after 27 years of independence, Lithuania is worried that NATO will split and US isolationism might open the door to Russian aggression. In March 2015 Lithuanian President Dalia Grybauskaitė announced that the country was under Russian attack.

Since the Russian annexation of Crimea (Ukraine), Lithuania has become the next target. They have been subject to multiple cyber-attacks, constant intimidation by Russian bombers and unidentified planes, diplomatic battles, threats, and the Russian propaganda machine.

The airspace above the Baltic States is now one of the most dangerous in the world.

In the face of the biggest aggression in Europe since the Second World War, this documentary tells a story of a small country and two young conscripts desperately trying to learn to preserve the peace in their country against the unimaginable odds.

“It seemed that just overnight peaceful relations had radically turned into a quite uncertain future. I now live in London and I noticed that the changing geopolitical situation in Lithuania and the Baltic countries wasn’t getting enough media coverage - I knew that I had to tell the story of my country to as many people as I could”, says Neringa Medutyte who directed and produced the documentary.

Neringa was just four years old when she witnessed Lithuania declaring independence in 1990: “It is still one of my strongest memories. I grew up alongside my country growing up. All the problems that newly independent Lithuania faced affected my life directly. I know both from my personal experience and from the stories of many Lithuanians, that nearly 50 years of Russian occupation and soviet crimes had and still have a profound impact on Lithuanian society. From past experience, Lithuania knows the price they’ll pay if they don’t react to aggressive Russian politics.”

Waiting for Invasion will be televised as part of Al Jazeera’s Witness strand on the 15th February and will continue to be available online on Al Jazeera Plus.

The Executive Producer of the film, James Rogan, says: “This film is a timely reminder of just how much is at stake in eastern Europe as tensions rise between Russia and the West. This film is a story of innocence lost for a generation of young Europeans.”

Neringa Medutyte received her MA in Directing Documentary from the prestigious National Film and Television School (NFTS) in the UK. Her film Today and Yesterday was presented at BAFTA (British Academy of Film and Television Arts) by NFTS as a “Future Star of Tomorrow”. Her documentary Twogether received the Royal Television Society Wales Student Award. Neringa also holds a BA in Journalism and a classical art school diploma. She has worked as a journalist in current affairs and business. She wrote a book called Verslas Naujai (Business in A New Way) for one of the most successful Lithuanian entrepreneurs, Ilja Laurs, which then went on to become a multiple number 1 bestseller in Lithuania. Neringa later made a documentary called Dream Valley as her graduation film about Ilja Laurs and his success in Silicon Valley. She recently worked as a location producer with Lithuanian president Dalia Grybauskaite on the BBC World News documentary series Her Story: The Female Revolution (directed by James Rogan).

James is an award-winning filmmaker and the creative director of Rogan Productions. In the past year, he executive produced and codirected One Night in 2012, a feature-length Imagine Special for BBC1 about Danny Boyle’s Opening ceremony for the London Olympics. He Executive Produced Gun Shop a fixed rig documentary for Channel 4’s Cutting Edge strand that captures daily life in a Michigan gun shop against a backdrop of increasing mass shootings and police killings across America. He was also the Series Director of Her Story: The Female Revolution, a landmark series for JWT and BBC World News that looked at the changing status of women in 21st Century through the prism of politics, the personal life, religion and the workplace, featuring contributors ranging from Hillary Clinton to Lithuanian President Dalia Grybauskaite. James’s previous work includes The Refugee Diaries, The Confession, Monty Python: The Meaning of Live, Welcome to Mayfair, A Very British Airline (British Airways), Life in the Freezer Cabinet – Inside Iceland Foods, The Trouble with Pirates and Amnesty! When They Are All Free.

He established Rogan Productions in 2013 to make high quality films across a range of platforms, from cinema to online, from broadcast to brands. Since then the company has grown rapidly making dozens of films for broadcasters, agencies and brands. He runs the company with his wife Soleta Rogan, the managing director.

Lithuania rolls out ‘pink carpet’ for tourists Lithuanians in the UK

FLAWSOME! founder KARINA | Beautiful things happen when you distance yourself from negativity Lithuanians in the UK 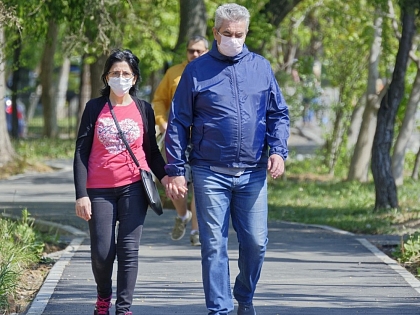 FLAWSOME! founder KARINA | Beautiful things happen when you distance yourself from negativity