Gruodžio 16, 2018
Confessions of the self-proclaimed Bookworm {Books as gifts} 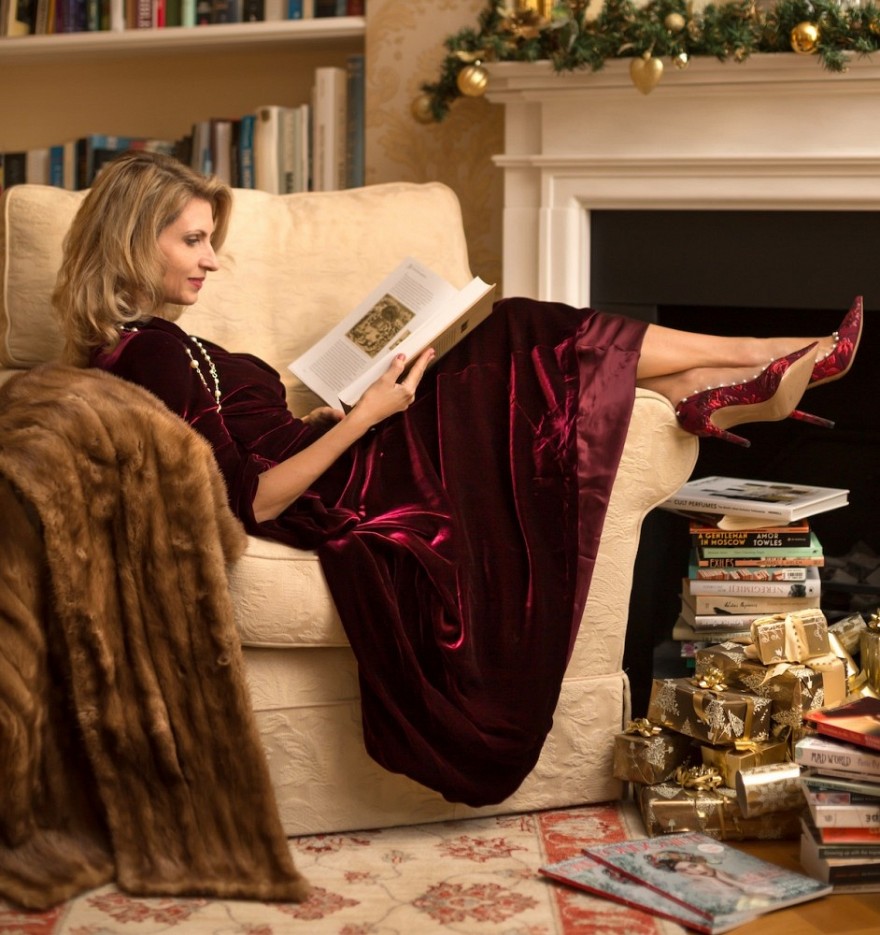 “My best friend is a person who will give me a book I have not read”, said Abraham Lincoln. Indeed, this quote requires no further elaboration, so I shall skip straight to the point, and suggest a few ideas for what to choose this Christmas if you should desire to become someone’s new best friend or would strive to make a thoughtful gift to an existing one. So what could you give to...

To a literature buff...

Oscar: A Life
by Matthew Sturgis 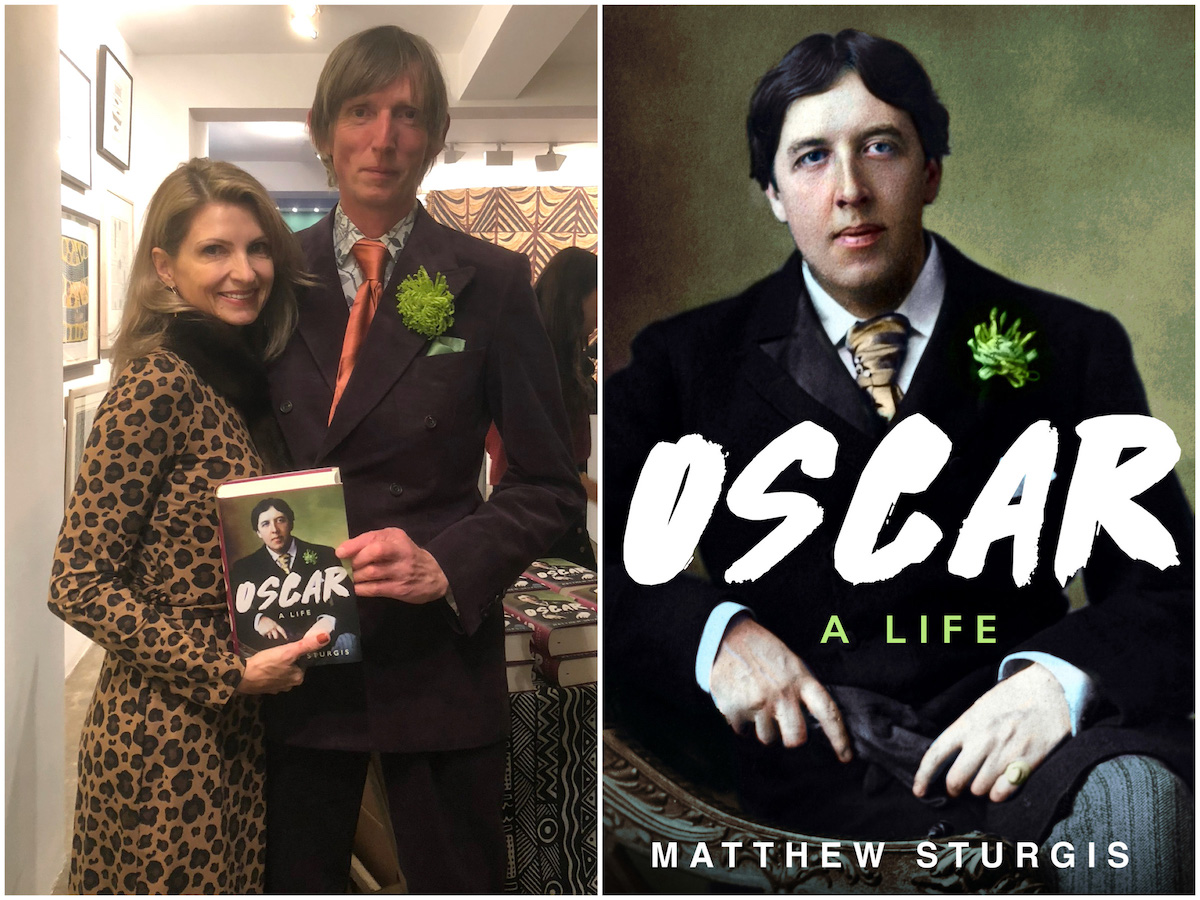 This recently published hefty volume, is in my opinion, definitely a literary bookdu jour and would make an excellent present for anyone who loves English literature. I, personally, much anticipated its release, as for me a private book launch is an occasion a par with the first night at the opera. Especially when the author himself, after several years of seeing the world “through Wildean prism”, so skilfully tunes into the character of his subject, even for theatrical effect, wearing a dandyish suit complete with a green carnation in his lapel (as Mr. Wilde would do himself on such occasion). Sadly, there was not much opportunity to talk, as Rebecca Hossack art gallery (where the book was launched), was packed, and the author himself was busy signing copies of his book. I duly joined the queue for an autograph, clutching my own complimentary copy. Despite a very festive atmosphere, live music and cool cocktails, I left early eager to get my teeth into it. It draws you in straight away, as the author jumps chronological sequence and begins with a tale of the much publicised libel case against Oscar Wild’s mother, Lady Wilde, the wife of Dublin’s leading doctor Sir William Wilde. We instantly catch a glimpse of the family that raised one of the most celebrated and most quoted play-writers, spokesmen for aestheticism and dandies of the twentieth century. Indeed, his cultured and progressive parents, as well as numerous tutors (both at Trinity College in Dublin and Oxford University), leading artists and writers of his time, friends and lovers, were all instrumental in forming and shaping his character. Therefor they all are diligently included into Mathew Sturgis' well researched and thorough narrative of what was indeed a truly extraordinary life. A Life, indeed, with ups and dawns, victories and defeats.

However, certain critics (and the author himself) raised a question if we need yet another biography of Mr. Wilde, as so much has been written about him. After arduously reading all 720 pages, I came to the conclusion that, indeed, we do. In this day and age of Google, where snippets of information and loose facts can be unearthed with just one click of a button, such comprehensive volume gives us a full, honest, sans retouche picture of this deep, talented, controversial and sometimes misunderstood literary giant. Not romanticised, yet not condemned. The reader is left to make his own conclusion based on all the facts presented. I think in these times of opinion-influencers of all sorts flooding social media, it is quite refreshing to be offered this privilege. And Mr. Sturgis summarises his subject brilliantly in one word, which speaks volumes to a modern generation. Indeed, Mr. Wilde was “the precursor of “Cool” and perhaps that is why many of his points of reference and epigrams “survived the age of Twitter and shortening attention spans”.

The Lady with the Camellias
by Alexandre Dumas Fils 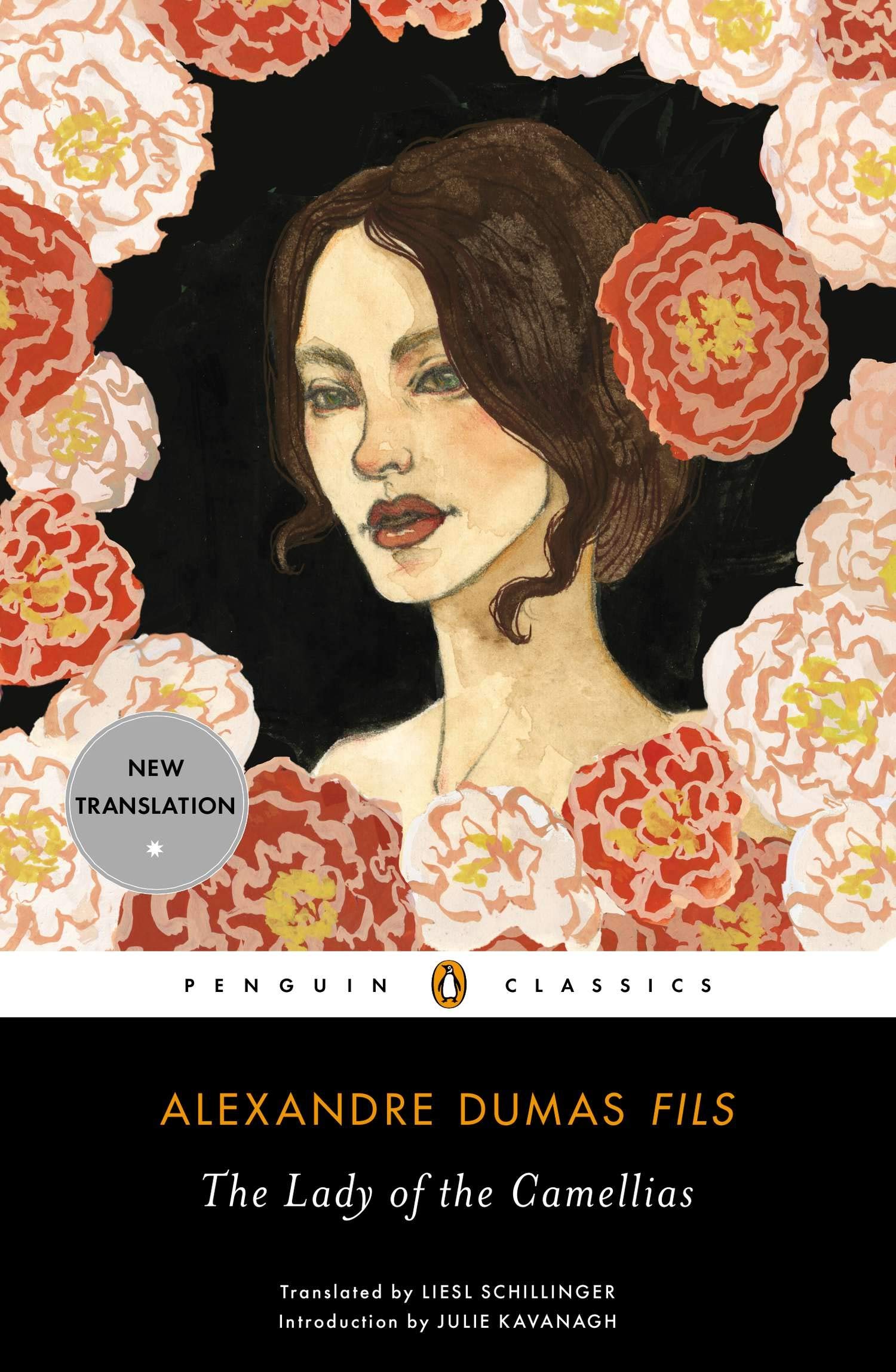 I found out about this book from the charming gentleman George Guise, a former adviser to Margaret Thatcher, on a sunny weekend in Switzerland as we all were about to set to Avenches open-air opera, and naturally conversation revolved around the subject. Once I mentioned that ‘La Traviata’ is my absolute favourite, he was surprised to discover that I haven’t read, nor, indeed, heard about this book. So I duly obtained it and eagerly devoured... several times over the years. This sad tale of the illicit love between a courtesan and a young bourgeois is based on author’s own brief love affair with such a woman and is full of observant wisdom about relationships between men and women, prejudices of the society and greed. Yet, though “women are merciless to men whom they dislike”, they can also be self-sacrificing to the very bitter end, for those they love.

Growing up with the Impressionists
The Diary of Julie Manet 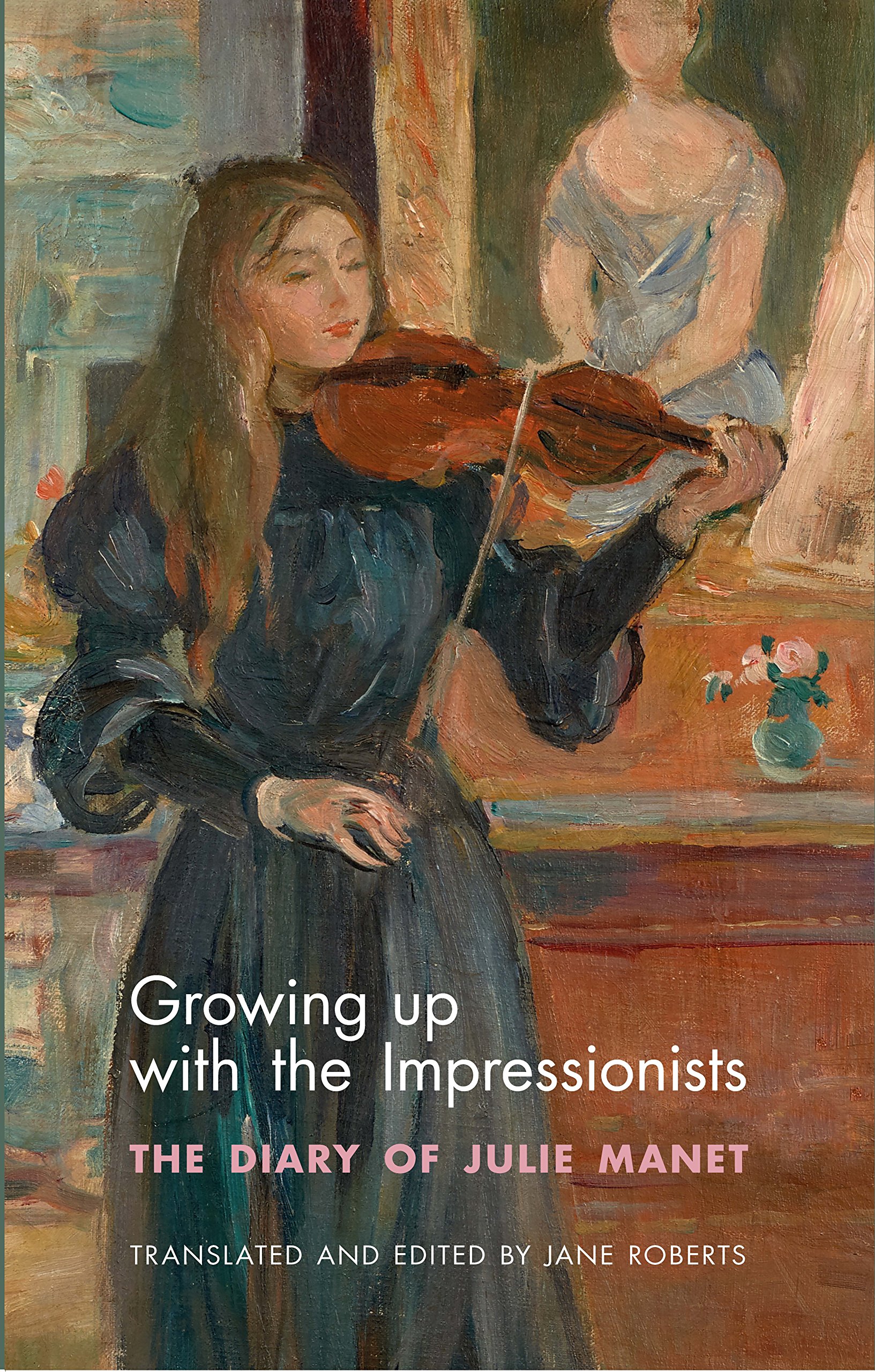 I picked up this charming book in a gift shop of Musée d’Orsay in Paris, a world-famous temple of Impressionistic art. Initially, I was drawn to its form, a rather forgotten genre of diary-writing. The young Julie Manet, the niece of Edouard Manet and the daughter of the most famous female Impressionist Berthe Morisot, began keeping her diary at a tender age of fourteen. Yet, albeit rather scattered dates and thoughts, she sounds surprisingly mature and opinionated, especially about art. This is not all together surprising, as after rather untimely death of her parents, she found herself enveloped into the care of a close-knit clique of the most famous impressionists, who as good friends of her parents, took upon themselves to keep an eye of this young orphan.

To a perfume lover...

Cult Perfumes: The World's Most Exclusive Perfumeries
by Tessa Williams 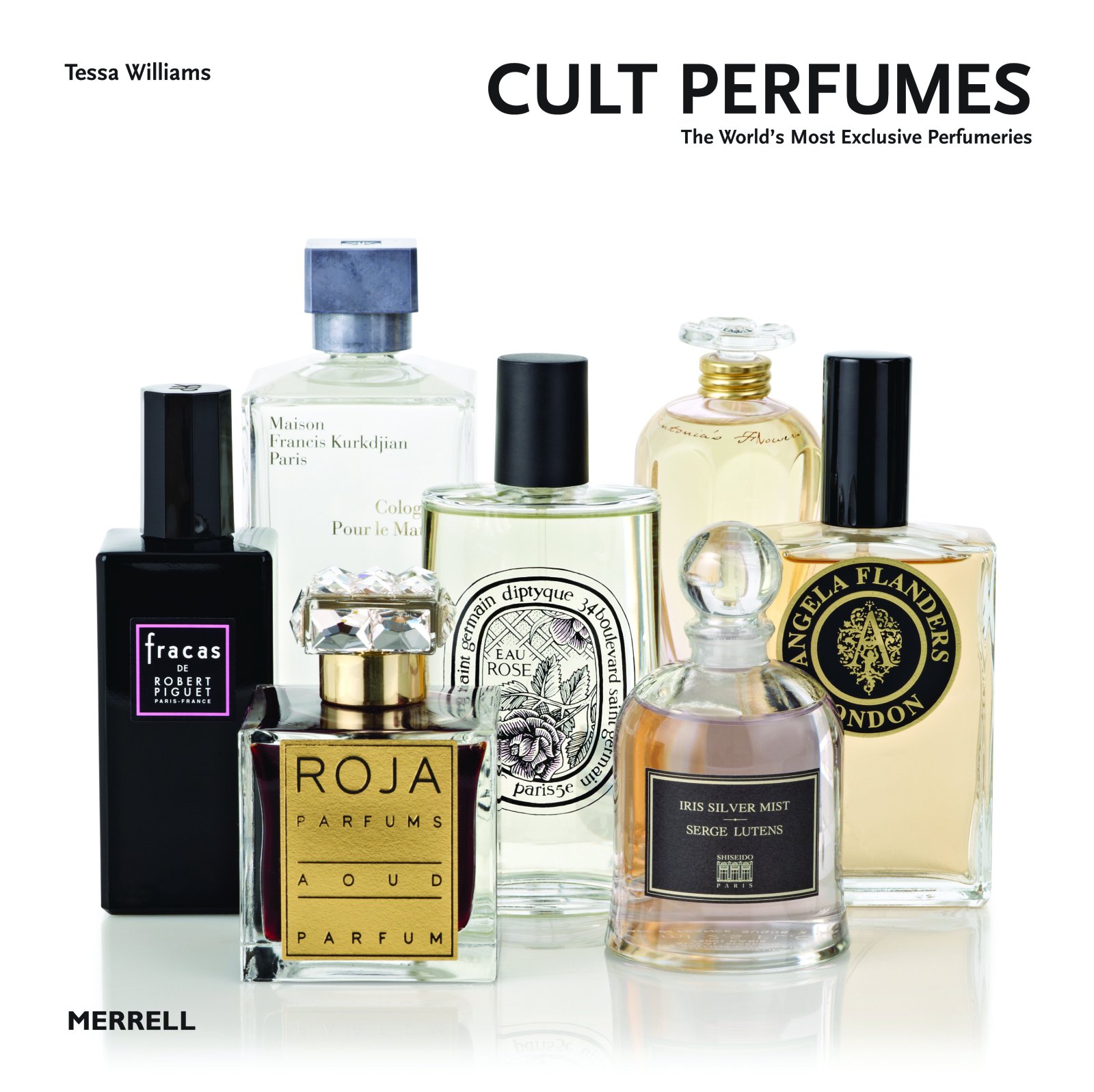 I smugly prided myself for knowing everything there is to know about perfumes... until I was given this lavish volume. Not only it is exquisitely illustrated, it is also almost an unputdownable read, drawing its reader into the magic world of the art of perfumery, its history and evolution, stories and ethos of the most celebrated brands. In other words, it is a must have of any elegant dressing table.

To an Audrey Hepburn fan...

Breakfast at Tiffany’s
by Truman Capote 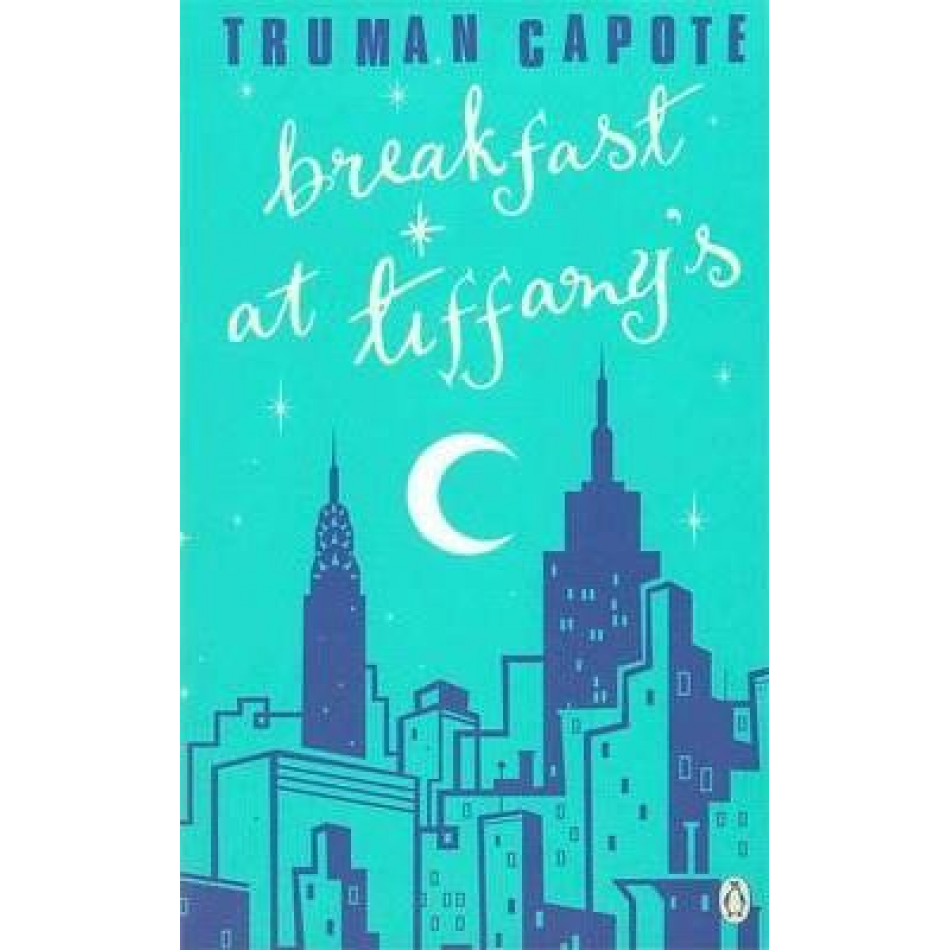 A true fan of this iconic actress would know the film Breakfast at Tiffany’s by heart. But ask her, if she has read the book of the same title? Most probably not... but she must. This seemingly nice love story, was sugar coated by the Hollywood, and twisted into a happy ending. Yet, not always we have happy endings in real life ...or in the well written books. Truman Capote, one of the greatest American writers of his day, paints a brutally honest picture of a life in the war time New York, where people and especially single ladies had to clutch at every opportunity in order to survive. Although one could find few inaccuracies in the film’s script when comparing it with a plot of the book, no one could fault an outstanding performance of this truly talented actress and her minute impersonation of the socialite Holly Golightly. Some dialogue parts give you shivers as you can almost hear Audrey Hepburn’s light chirp laced with a sad wisdom, that only can come from bitter life experiences and an enormous will to live to the fullest. "I'll never get used to anything. Anybody that does they might as well be dead."

To a young girl coming of age...

Invitation to the Waltz
by Rosamond Lehmann 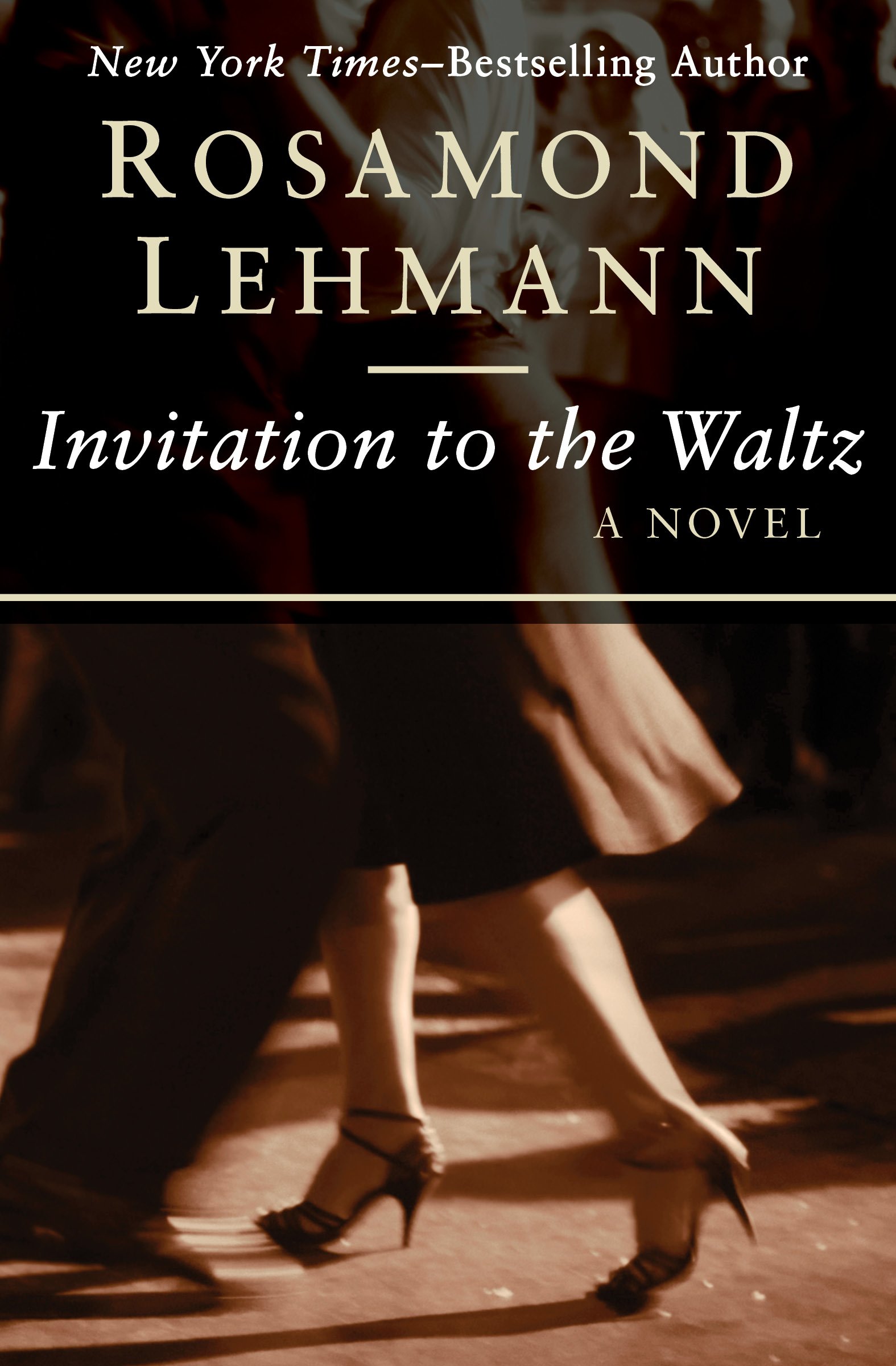 It seems to me that the more I read, the more there is still out there to that I haven’t read. And sometimes I am taken by a very pleasant surprise. A find of this audacious yet poetical author was one of them. Now it is rather hard to appreciate how daring her novels were at a time, as indeed they still strike modern chords to a nowadays reader. Although set in a different, long lost world, as far as norms and social interactions were concerned, Lehman’s observant explorations of human souls are still very relevant today. You see, the tremors of a young heart, as a budding girl prepares for her first ball and the entry into society, are exactly the same, whether she dreads the lack of entries in her dance-card or the scarcity of likes on her Instagram post. In that regard, very little has changed.

To an elegant woman...

A Guide to Elegance
by Genevieve Antoine Dariux

Of course, she most probably already knows everything, but sometimes we all need another point of reference and a bit of reassurance. Albeit a bit old-fashioned, this publication is, like the true elegance, timeless. In this compilation of advice on style and elegance, the fashion guru of her day Madame Genevieve Antoine Dariaux (this book was first published in 60’s) covers all eventualities from Accessories to Zippers (yes, it is rather handily arranged alphabetically). In these times of new money and tasteless vulgarity, elegance and good taste needs every opportunity to be toughed, re-introduced and celebrated.

To a mother of an unruly child... 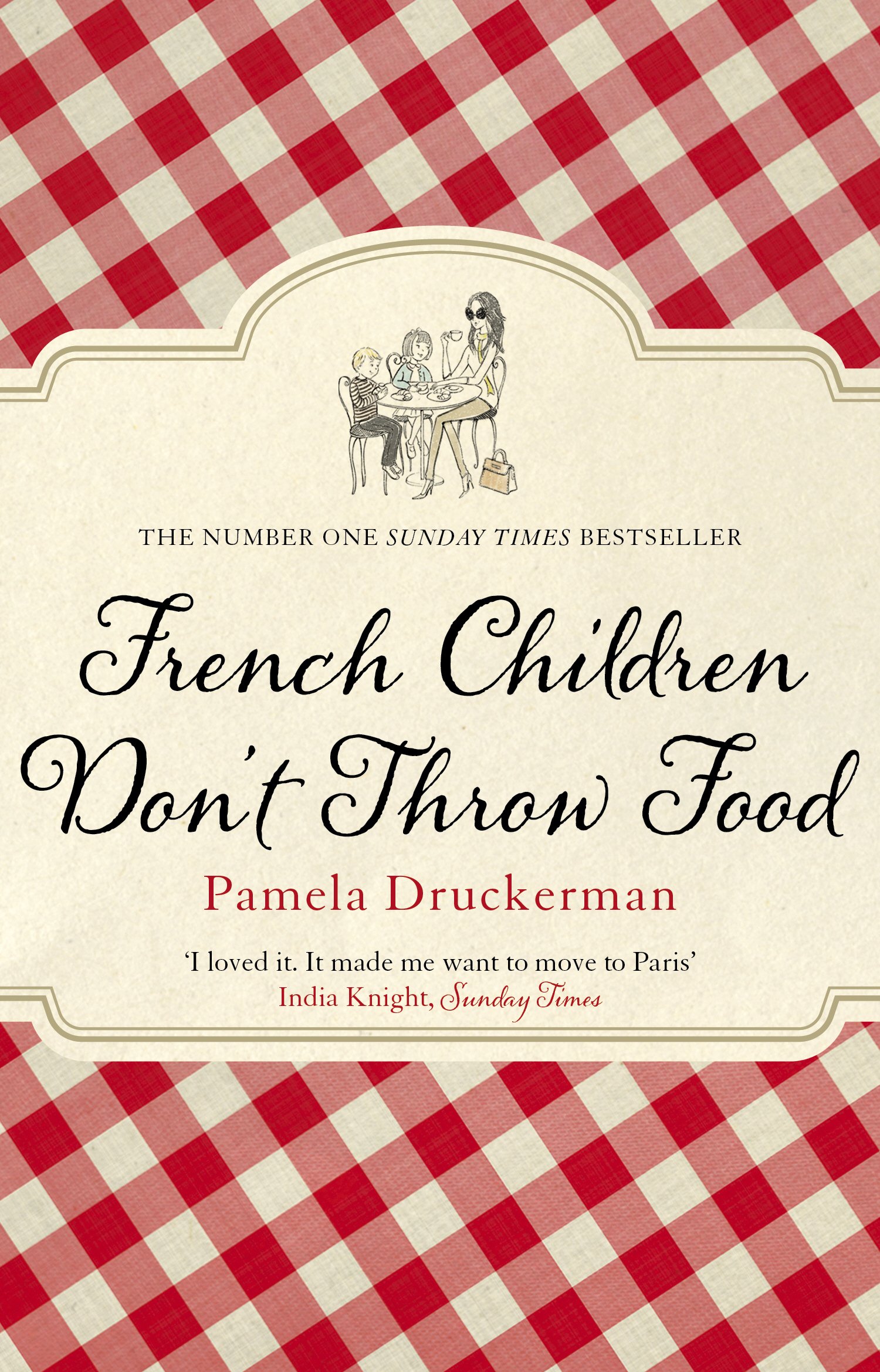 Apparently, French can teach us not only a thing or two of how to dress, but also how to bring-up our offspring. Indeed, their children don't throw food, nor sand at the beach into other peoples' eyes... nor tantrums, for that matter, neither in public nor, I presume, at home. You would wonder how is that possible. Well, read this informative and witty book by an American mother who found herself coping with her sleep-deprived motherhood amongst chic and calm French mamans and I trust, you will find an answer... and some good advice.

To someone who adores Paris...

The House I Loved
by Tatiana De Rosnay 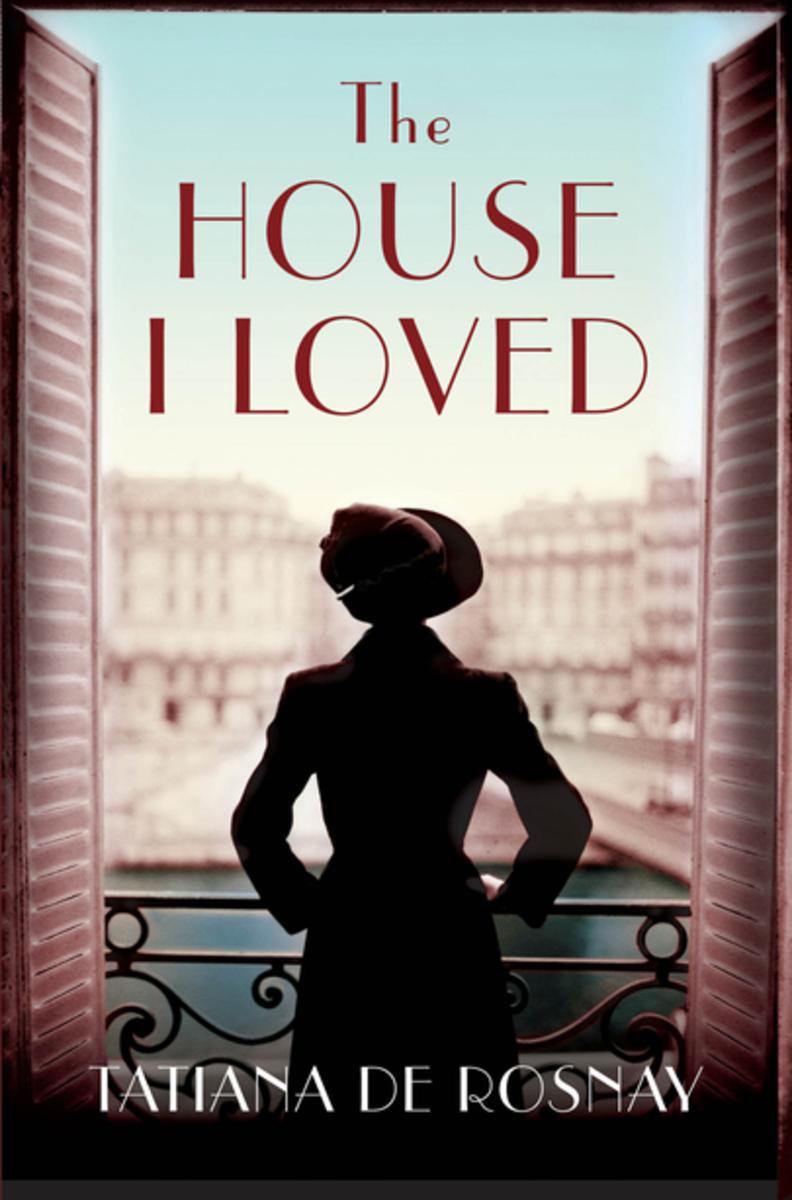 I admit, this is a rather an off-piste choice. But surprise them, as likely they already have read everything there is to read about Paris. It is a sad tale of a woman’s fight against a destruction of her beloved house, told in a form of letters for her late husband. As houses and entire neighbourhoods are being razed by innovative Barron Houssmann in 1869, she hides in a basement refusing to accept the calamitous changes. So you see, the leafy, spacious Parisian boulevards came at a price.

To a hard-core feminist... 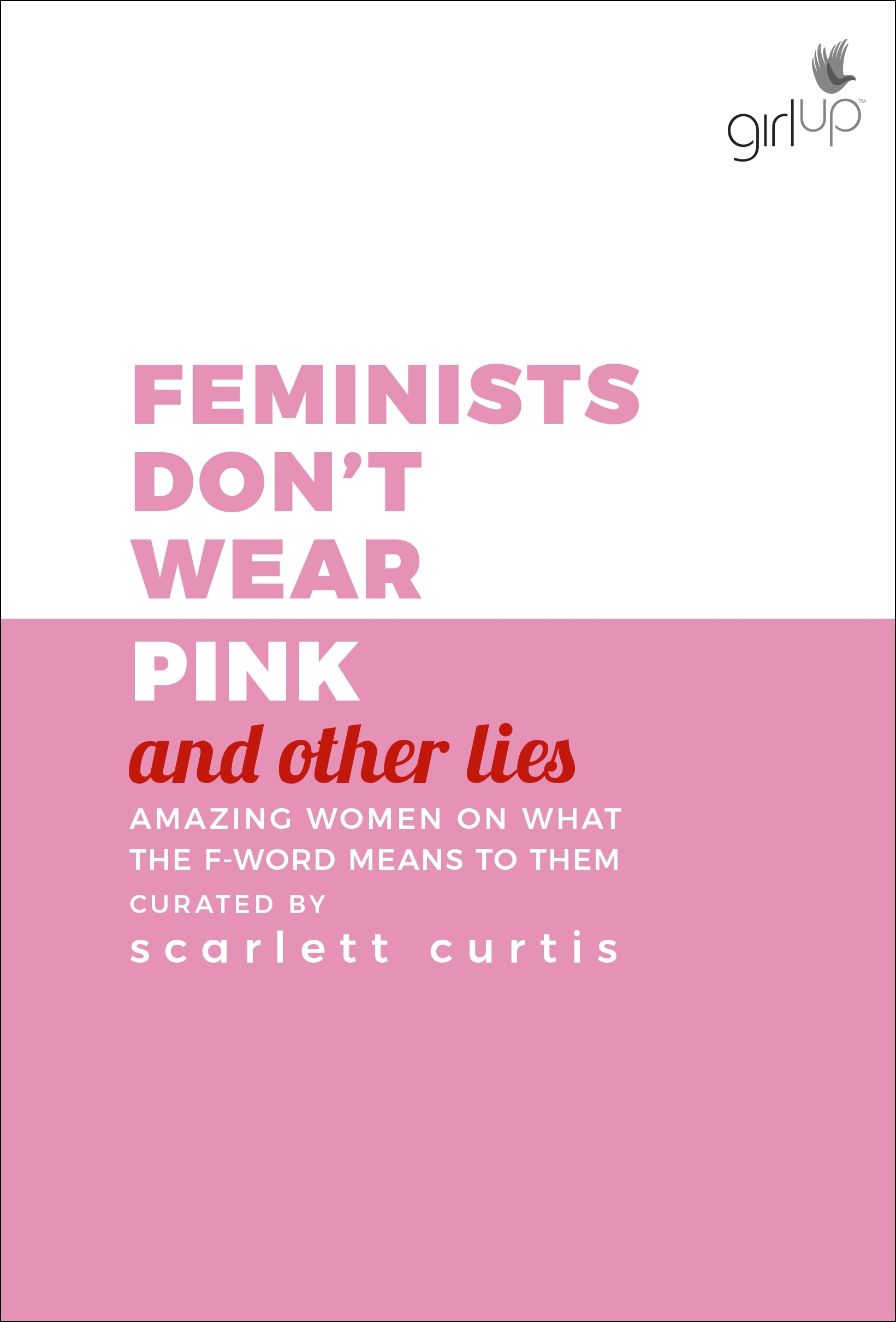 So, what does the feminism look like in 2018, asked Scarlet Curtis, Sunday Times columnist, 52 famous ladies, who contributed essays on the subject (amongst them Keira Knightley, Emma Watson, Jodie Whittaker, just to name a few). Oh, and did I mention, that our beloved Bridget Jones also makes an appearance into this book. Bxxx brilliant!