LOW AIR presents a vivid dance performance that connects both visual and urban dance art inspired by Julio Cortázar. The award-winning performance uses everyday movements, street dance vocabulary and a cinematographic approach to explore game perspective and invite the audience to witness the collision of reality and dreams. Game Over is a dance and live music performance accompanied by the virtuoso drummer and electronic music producer Adas Gecevicius.

Second premiere me two / WE, THE CLIQUE is a dance performance for youth that has gained recognition of critics and audience with its brave, sincere, powerful stories, music and scenography. It is performed by young Lithuanian dancers, and since its premiere in the August of 2021 has already been performed 29 times and toured France (Cannes Dance Festival), and Germany (Westwind festival for a young audience).

Story of the show is built on a group of young dancers exploring their personal experience with power relations, LGBTQ+ developing identities, sexual harassment, and power abuse towards them which urges belonging to The Clique, and the necessity to share. The audience is invited to revisit teenhood through the lens of a spectator, a parent, a teacher, a decision-maker and to reflect on the boundaries of power in interpersonal and intergenerational relationships. me two / WE, THE CLIQUE won the awards for the Best Dance Piece of the Year for teenagers (2021) and the Audience Award in Vilnius International Theatre Festival ‘Sirenos’ (2022). Performance was also nominated for the Best Music Sound Composition of the Year in 2021.

LOW AIR is an innovative Lithuanian dance company that fuses urban and contemporary dance elements. Company was established by choreographers and dancers Airida Gudaite and Laurynas Zakevicius in 2012 and is the first expanded urban dance theatre in Lithuania. LOW AIR has so far performed in 17 different countries around the globe.

Choreographers of LOW AIR dance company have received some the major Lithuanian professional art awards and nominations. Among those are three Lithuanian theatre awards Golden Stage Crosses for the Best dance piece of the year. The creative duo has received the Borisas Dauguvietis Earring awards for research and development of new stage forms connecting urban dance and theatre, and for the educational work which is helping to change the face of Lithuanian contemporary dance. Dancers and choreographers have received The Ministry of Culture of the Republic of Lithuanian National award by the Lithuanian contemporary dance association. Since 2017 the company is called Vilnius City Dance Theatre.

In 2023 Lithuanian capital Vilnius will celebrate a special 700th anniversary with a string of cultural, music and art events. This initiative is a part of the upcoming anniversary program. More information on www.700vilnius.lt/en 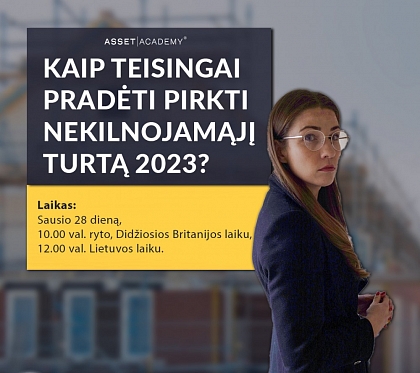