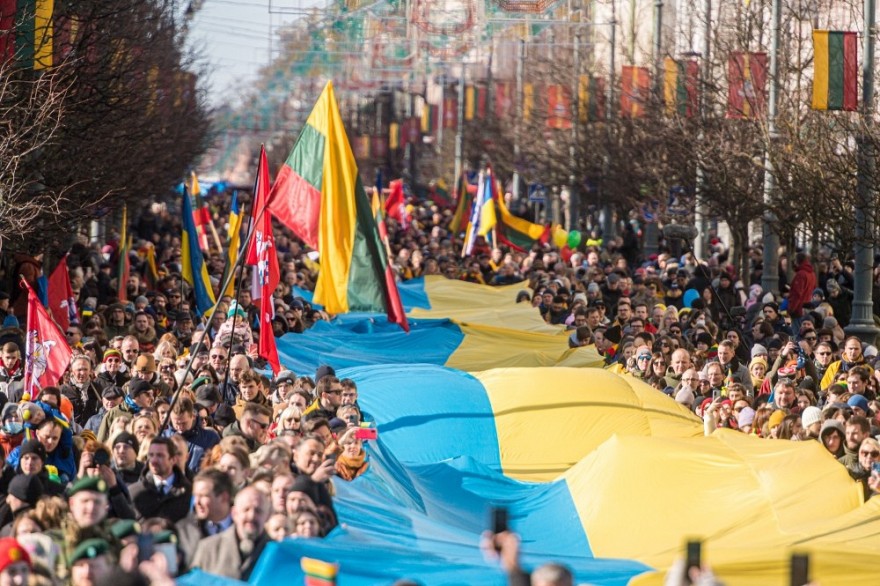 Celebration of Independence Day in Lithuania. © Foto: Evaldas Činga / Made In Vilnius.

Now retired, my godmom spent years working at the Warfare Training Centre in Lithuania as a senior lecturer. I remember one evening conversation I had with her. We discussed the war. "War can happen in an instant," she said. It only takes a little provocation and a trigger.

It was at that point that Russian troops were training on Lithuania's border. As a NATO member, we felt safe. However, propaganda articles began to appear showing very gloomy and dramatic pictures of NATO. Kremlin nearly came to 'save' us. Eventually, my godmom started storing salt, sugar, matches, etc.

We laughed and lovingly referred to her as paranoid.

And then, in 2016, a documentary called Waiting for Invasion came out. The synopsis said that Lithuania is facing occupation again 25 years after gaining independence from Russia. The Baltic States then had one of the world's most dangerous airspaces. Faced with the biggest aggression in Europe since the Second World War, the documentary chronicled people trying desperately to maintain peace against all odds. There was no war in the film, but rather a story about Lithuanians willing to fight for peace.

Many called the filmmakers paranoid.

Lithuania updated its civil defence booklet the same year to inform citizens what to do if Russian forces invaded the country. There were large sections on survival techniques and a warning that Russia would not hesitate to use military force against its neighbors. Over ten thousand copies of the 75-page guide have been distributed. The government also established a telephone hotline for citizens to report suspected spies.

It wasn't paranoia after all. The fear was real. The war in Ukraine proves it.

Today Lithuania celebrates its Independence Day. After fifty years of occupation and annexation by the Soviet Union, Lithuania opened a new chapter in its history on 11 March 1990. Celebration is overshadowed by the current situation in Ukraine. This is a scary time for freedom and independence. Not only do we stand with Ukraine because this war is completely unjust, barbaric, and vile. We stand with Ukrainians because this is our war as well. It has happened to us in the past. It almost happened just recently.

Today we are not paranoid that Russia may try to invade the Baltic States as well as other ex communist regime countries. We know it.

Why does Russia keep creating the narrative that it is here to save former Soviet bloc countries? You can compare Russia with a psychopathic ex-lover who is still after you.

‘Saving us from what?’, cries a Ukrainian woman fleeing her war-torn country on BBC news. 'From us, from our lives?' she asks. We love our country'.

It's over, Russia. We've moved on. There might be moments when it's not perfect, but we're happy. We live in countries that are free and independent. The choice is ours - whether to join the EU, NATO, or anything else we want! The decision belongs to us, not you. We'll take care of ourselves. Your responsibility is to take care of your country and your people.

It's time to move on, Russia. We don’t want you back. 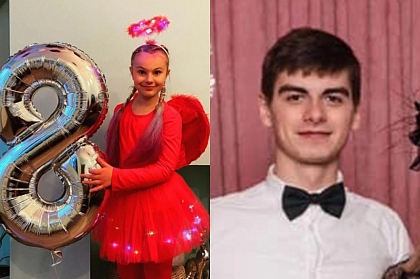