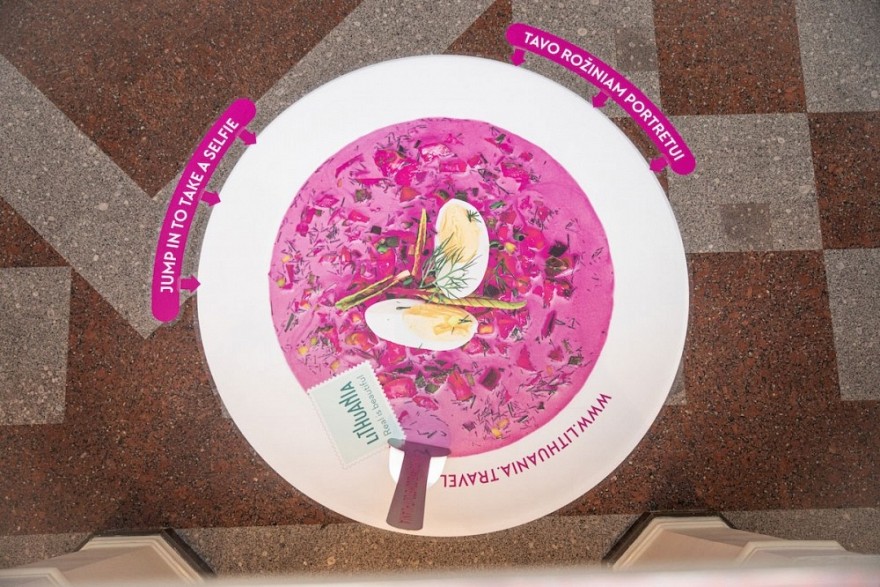 From June 29, travellers arriving at Vilnius International Airport (VNO) will find themselves following a trail of pink-coloured spots on the floor. And that is not your ordinary pink, but what the country is aiming to coin as “cold pink” – a distinct colour of its national 'šaltibarščiai' soup. This pink trail ends at an Instagrammable 10-foot replica of the famed dish, which tourists inevitably try during their visit to the Baltic country.

“This year, we’re taking our gastronomical identity to the next level. Two weeks ago we presented a taste map with more than 30 varieties of 'šaltibarščiai', last week we launched a country-wide survey on what the national menu should look like, and now this,” says Indre Trakimaitė-Šeškuvienė, Head of Marketing at Lithuania Travel, the country’s Tourism Development Agency, responsible for the installation.

Šaltibarščiai, frequently referred to as “pink soup” by foreign visitors, is one of the most iconic Lithuanian dishes. Having developed somewhat of a cult following, šaltibarščiai has an active Facebook fan group with daily discussions on the bests way to prepare it. Souvenirs are available in the form of socks, t-shirts and even bathing suits with the distinct soup pattern on it. Finally, the Lithuanian Post Office has issued a commemorative stamp and painted one of its 30-foot self-service terminals with a distinctive pink design.

The installation at the airport is set to kick-off the “Discover colours you never knew existed” campaign that invites to explore Lithuania via vivid and distinctive colours. In addition to Cold Pink, the campaign invites to discover Vilnius Rooftop Red, Deep Forest Green, Baltic Blue, Rye Bread Black, Amber Yellow and even Kaunas Modernism Grey.

Vilnius International Airport is known for finding ways to amuse arriving passengers. Last Christmas, it displayed a Christmas tree constructed of confiscated objects (mostly scissors), and during the lockdown, it served as an outdoor drive-in cinema.

“You have to be bold if you want to be seen on an international level. We believe that this colourful campaign will help to attract the attention of tourists around the globe and will make them consider the possibilities to visit Lithuania - one of the safest countries this summer,” says Marius Zelenius, Head of Communication at Lithuanian Airports.

Starting from July, there will be 70 international routes to and from Lithuanian airports.

An Evening of Classical Songs and Arias | With Valerija Iljin, Sholto Biscoe-Taylor and Francesca Lauri Laisvalaikis 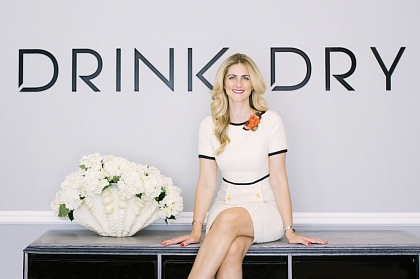 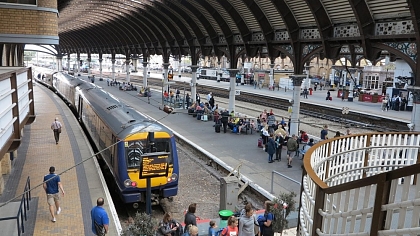